Leading in Crisis: Be Calm and Have a Plan 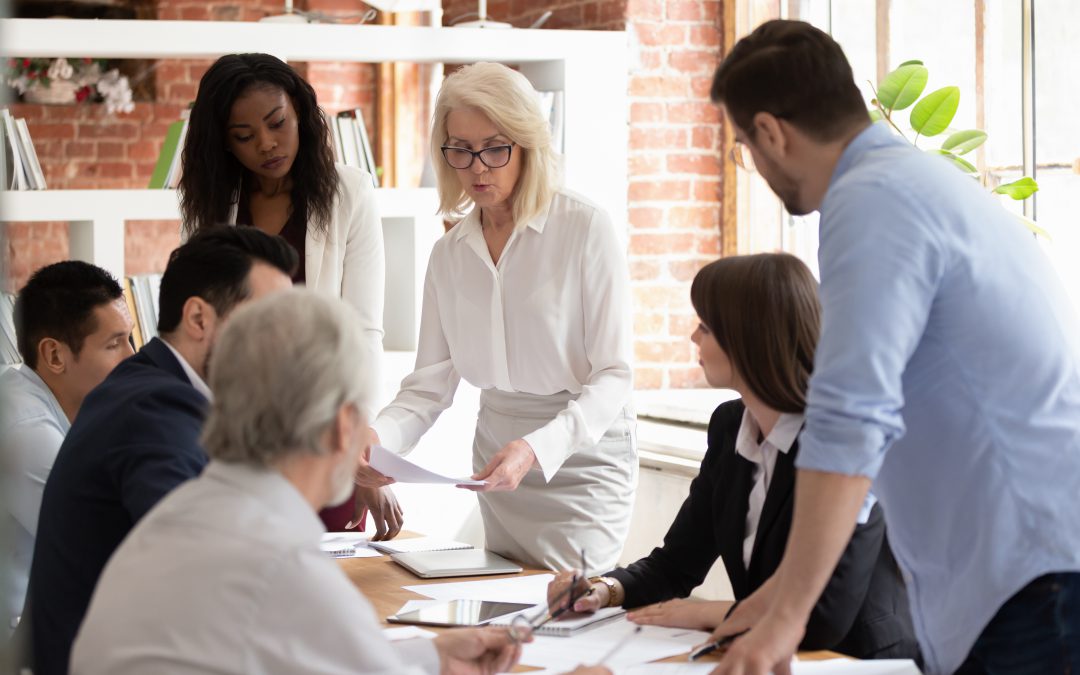 Leadership is never more important than in times of crisis, whether minor on not-so-minor. When things go south, people have a natural tendency to become agitated, even panic. They also begin to question the decision-making of those above them on the org chart and the direction of the organization itself.

None of those reactions is conducive to the kind of efficiency and unity—the “pull together” mentality—needed to get through a crisis, especially a major one.

That’s why it’s vitally important, in the face of a crisis, for leaders to do two things: 1) remain calm and 2) have a viable plan to address the situation.

For a leader, the importance of calmness under fire is impossible to overstate. We can certainly see this illustrated in extreme circumstances, like combat. In the chaos of the battlefield, when many are just a heartbeat or two away from abject panic, the leader who can somehow remain calm is the one who can rally the troops.

The truth is, most people don’t like to panic; they’re looking for any reason not to. Someone in a very visible position who clearly is not panicking offers them an anchor to which they can attach themselves and thereby not be swept away on the currents of fear and anxiety.

We can see the same dynamic at work in sports. Next time your favorite pro or college basketball team is down by ten points, and the coach calls a time-out, try paying attention to what goes on in the huddle. Chances are, you’ll see the coach talking to the players very calmly. Sometimes there will be histrionics, but usually, those are reserved for when the team is ahead but players aren’t giving their best effort. When the tide of the game seems to turn against them, that’s when great coaches are able to head off panic by displaying calm.

The ability to remain calm in a crisis may be inborn, to some extent, but mostly it’s a quality developed intentionally through strict discipline and practice, and then forged in the furnace of impending chaos. It requires a great deal of courage because chances are good that the leader, underneath his or her outwardly calm exterior, is feeling all the same negative emotions as anyone else. Remember how we define “courage” in The 9 Virtues of Exceptional Leaders: It’s not the absence of fear but rather the willingness and ability to do what needs to be done in spite of that fear.

Facing a crisis with calm also requires a great deal of confidence—in yourself, the people you lead, and the organization. Indeed, that sort of quiet confidence, even more than the unruffled physical appearance, is what resonates with people. When bad things are happening all around them, what they really want to know, more than anything else, is that ultimately it’s all going to be okay. It’s vital for leaders to project that belief, even if they’re not quite sure themselves.

Here’s the bottom line: If you as a leader panic, everyone else is going to panic, too. That’s when things can really fall apart. Therefore it’s absolutely vital for you to remain calm, whatever the cost.

The other key for leaders in a crisis is to have a plan. Simply remaining calm will have an immediate, positive effect on the people around you, but that won’t last unless they come to believe, at some point, that you actually have a strategy, or a set of strategies, for moving the organization beyond the crisis. Otherwise, they’ll quickly come to see your outward calm for what it is—merely a façade, not based on anything substantive. Then panic will really set in.

Initially, at least, your plan doesn’t necessarily have to be fully fleshed-out and approved by all the appropriate committees. That can come later. At the moment of crisis, or shortly thereafter, you just need to have some ideas for addressing the situation, ideas that strike people as sensible, practical, and fair.

Those ideas don’t even necessarily have to be your own. You might not have time to seek approval from six committees, but unless you’re in the middle of a firefight or there are two minutes left to go in the game, you probably do have time to seek advice and input from trusted mentors, other professionals (perhaps in the form of books and articles), and even those around you.

In fact, one very effective way of dealing with a crisis is to bring everyone affected to the table for a brainstorming session. You have to be careful with this, lest it appears that you’re completely out of ideas. The people you lead probably don’t want to be the ones steering the ship—but they will have no problem helping to man the oars, and perhaps even suggesting a course correction or two.

So you might want to start a meeting like this by tossing out a few ideas of your own for discussion, then asking for input and suggestions from the other people around the table. Chances are, they will see things that you don’t see, and the combined brainpower of the group will be able to make significant progress in charting a course out of the current trouble.

But that will happen ONLY if they believe such a course is possible. That’s where your quiet confidence as a leader comes in. You may not have all the answers—and there’s no shame in acknowledging that—but you do have SOME ideas, at least, and you’re open to other ideas as well. But the most important thing is that you believe in the people around the table, you believe in the organization, and you believe in yourself. You’re convinced that a solution is indeed possible, and that attitude will be evident to the others in the meeting, who will likely follow your lead.

So just to recap, briefly: In a crisis, as a leader, you have to remain calm. If you panic, everyone will panic, and the situation will disintegrate even further. But mere outward calm is not enough. You also have to have a plan to address the crisis, even if that plan is just getting everyone together to come up with a plan.

If you’ll do just those two things—be calm and have a plan—when the you-know-what hits the fan, chances are very good that your organization—and your career—will not only survive but ultimately thrive.