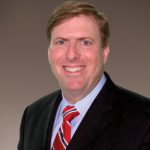 Dr. Bell is a Senior Consultant for AAL and works extensively in the areas of strategic planning, competency-based education, and authentic leadership and management. Given Dr. Bell’s extensive background as a clinician, he is the originator of AAL’s Power of Empathy in Clinical Practice workshop, which provides participants with an opportunity to engage in a personal and unique conversation about their own use of empathy in clinical practice.

In addition to his role at AAL, Dr. Bell is Vice President for Academic Affairs, Dean of the School of Pharmacy, Professor of Family Medicine, and Professor of Pharmacy Practice at Lake Erie College of Osteopathic Medicine (LECOM) in Erie, Pennsylvania. Dr. Bell, a Toronto native, graduated from the Faculty of Medicine at the University of Toronto in 1982. He completed his family medicine residency education at the University of Toronto and Duke University, and achieved board certification in family medicine in Canada and the United States. Following residency, he served as a Duke University National Faculty Development Fellow. In 1992, he earned the distinction of Fellow of the American Academy of Family Physicians. He was awarded the Master of Science in Medical Education by LECOM in 2007. In 2009, he was named one of 12 charter members of the National Academy of Osteopathic Medical Educators by the American Association of Colleges of Osteopathic Medicine. Additionally, he is the 2009 recipient of the John and Silvia Ferretti Distinguished Teaching Award at LECOM and the 2010 recipient of the Miller Award for Outstanding Contributions to the Osteopathic Medical Profession.

Dr. Bell has held the positions of Family Practice Residency Director at Hunterdon Medical Center in New Jersey; Division Chief and Vice-Chair of Family Medicine at Duke University; Senior Vice President and Chief Medical Officer at Hamot Medical Center in Erie, Pennsylvania; and Associate Dean for Faculty Development and Evaluation at the College of Medicine at LECOM. He practiced “full-service” family medicine for two decades and maintains an active Pennsylvania medical license.

The Fundamentals of Clinical Education

The Academy for Advancing Leadership (AAL) is a health and higher education consulting firm. We help leaders assess, plan, and grow, creating transformation for your organization, and your people.

The Academy for Advancing Leadership (AAL) is a health and higher education consulting firm. We help you assess, plan, and grow, creating transformation for your organization, and your people.

The Academy for Advancing Leadership (AAL) is a health and higher education consulting firm. We help you assess, plan, and grow, creating transformation for your organization, and your people.